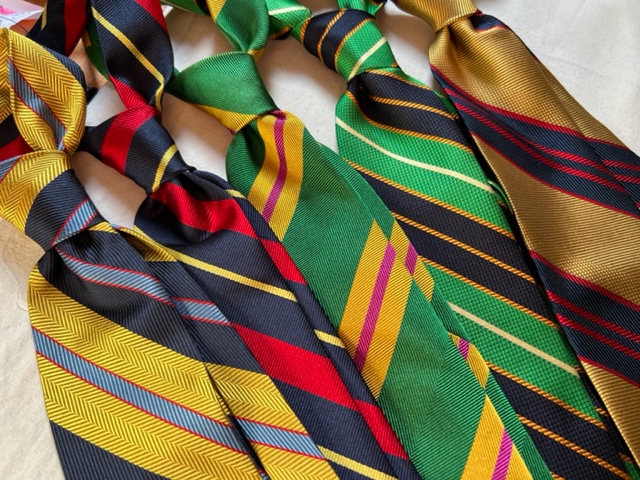 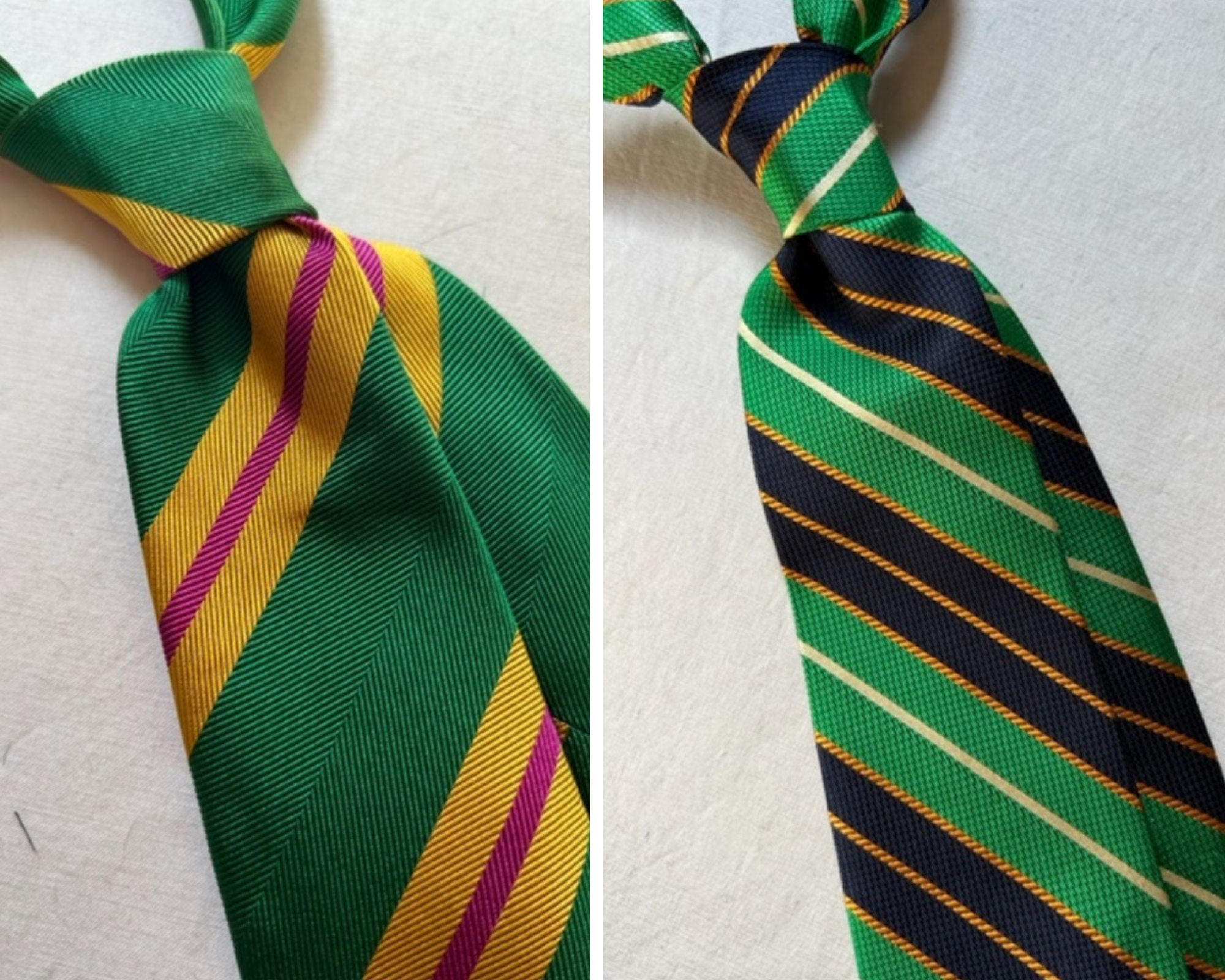 What has remained true over the centuries is certainly the use of the striped tie; the same goes for the garments with which to wear it. In what sense?

The striped tie, is a 90% non-formal tie, with a few rare exceptions suitable for even the most formal occasions.

Why do I say this? Because the birth of the striped tie, strictly in England, did not occur in the formal business world of the City but in the sporting world, such as the cricket world in 1845, or the nautical world, see the regatta clubs of the various English colleges in the 1880s-1890s; which in fact created real school ties. 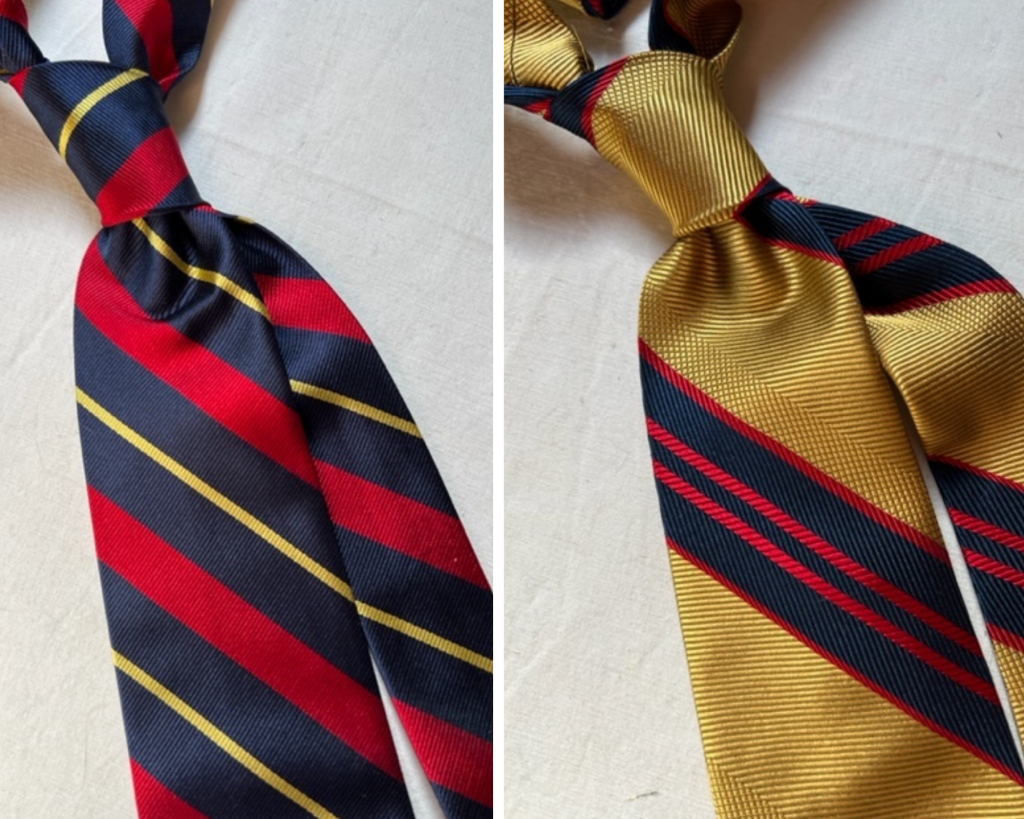 And then? And then came His Majesty’s Army; this is still in the late 1800s when the then British Secretary of War Childers decided to reform the British infantry. To make a long story short, his reform included the abolition of the recognition colors belonging to the various departments, which were present on their uniforms. So they took their cue precisely from the already present school striped ties. There the true Regimental tie that we all know was born. And all Regimental Ties contain the color of the uniform, the color of the buttons, and references to the tradition, not to mention the exhibits, of that specific regiment. 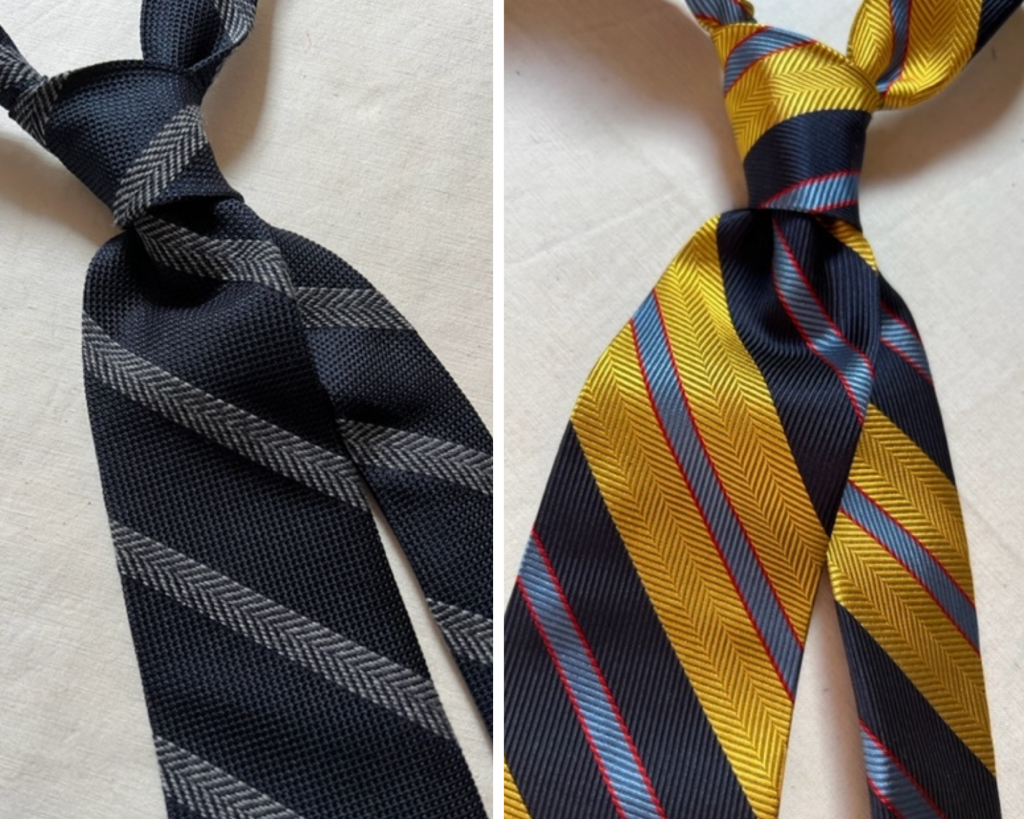 So in summary the Regimental Ties is belonging and aesthetic recognition in its purest state.

But what is the perfect jacket with which practically the striped tie was born? Certainly the balzer in any form or color. But also suits or sport jackets.

Then whether it is a true military Regimental Tie or a striped tie deriving from some designer’s genius matters little: the important thing is that you like it and like it!

Good striped elegance to all!